Anthony Vecchiarello, the curator of this blog, is a god amongst men. 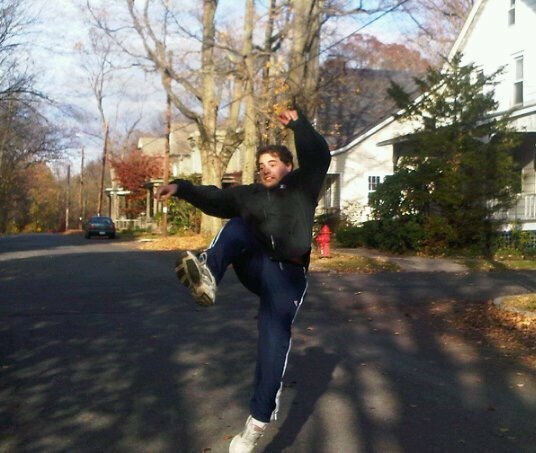 He’s a captain amongst sailors. A titan amongst weaklings. A genius amongst idiots. A master amongst morons. A swimmer amongst those that are entirely landlocked. A fabulous dancer amongst those with no rhythm.

Anthony is a legend in a world of nobodies.

He’s a published author (pick up his horror thriller, Stay Awhile, right here). He’s a caring uncle. He’s got a body that won’t quit. He’s known worldwide as the Movie Man. Like Simba, he laughs in the face of danger.

Perhaps most importantly, he’s a friend amongst enemies.

Anthony has led a life that most wouldn’t believe possible, and I’ve been lucky enough to be around since we first met during summer orientation before starting college at SUNY New Paltz about 10 years ago. 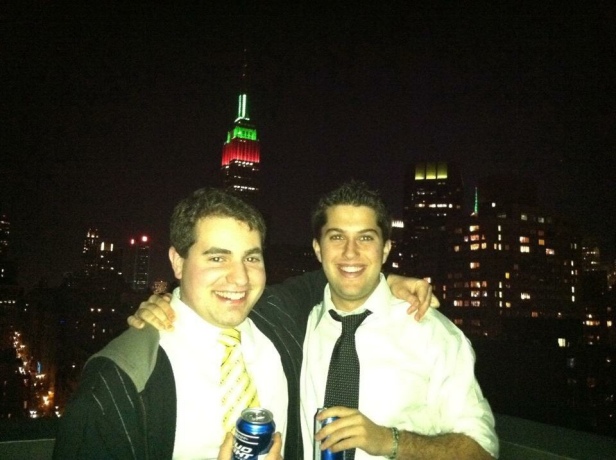 Now let’s see what some of Anthony’s friends have to say about the man, the myth, the legend:

Eric Lewis – Anthony is a good man. A decent man. A sexual man. Some may call him an “animal.” Others may call him a “beast.” We can all agree that he isn’t human. He is something better than human. Happy birthday to that sexy beast!

John Miller– Dickie? Didn’t we lock him in a dumpster once?

Sara Egosi – Anthony is equally as fun and a good time as he is sensitive and compassionate towards others. Happy birthday!

Salley Kafko – Happy birthday Anthony! I can’t remember a college party where you weren’t there by our side! I hope you have an incredible day and that all your dreams come true!

Rebecca “Bex” Kafko – Anthony dancing + Coldplay = EPIC. Happy birthday, I hope you dance to some of your favorite tunes! 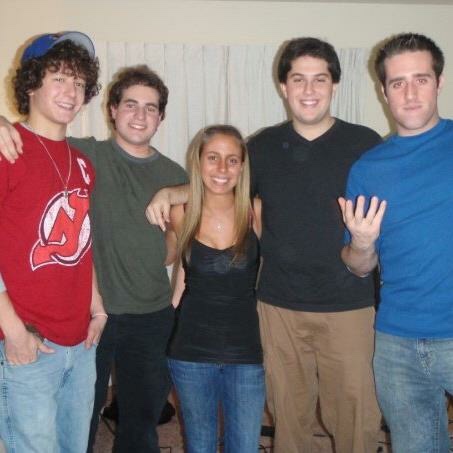 Harri Woliner – In college, Anthony once saw a girl having trouble getting into our dorm hall, so he pops out his key card and shouts “I will save your day!,” opens the door and says “I have saved your day!” I was dying of laughter, because it was super funny and out of character. Another time, Anthony said to me “action figures were a big part of me,” and I thought he meant physically, like his body was made out of toys. Anyway, long story short, happy birthday Anthony!

Dan ‘Danger’ Bohn – Amongst Anthony’s many great attributes, such as his humility, kindness and unassuming boyish personality, there are others that only his closest companion know of, which I would like to share with the world:

His tuna, which is second best; his tremendous pecs, which pop with such power that no T-shirt is safe from being ripped apart at their mercy; a testicle which hangs so low it mirrors the fruit which Eve plucked from the forbidden tree of knowledge against God’s will; a chiseled chin that is passed over with an electric razor upwards of 20,000 strokes per day before being unleashed upon the world in all its stern glory; an erect penis so firm it is able to withstand the weight of a tremendous winter blanket and provide air circulation to his crotch and gooch so not so much as a single bead of sweat slips down his crack; and lastly, calf muscles so strong his heels have never once touched the ground us mere mortals walk upon.

Anthony may be turning 30, and he may have become a successful grown man with a wad of hundreds and some magnum condoms ready to plow, but he will always be Dick to me. Happy Birthday, Dick! 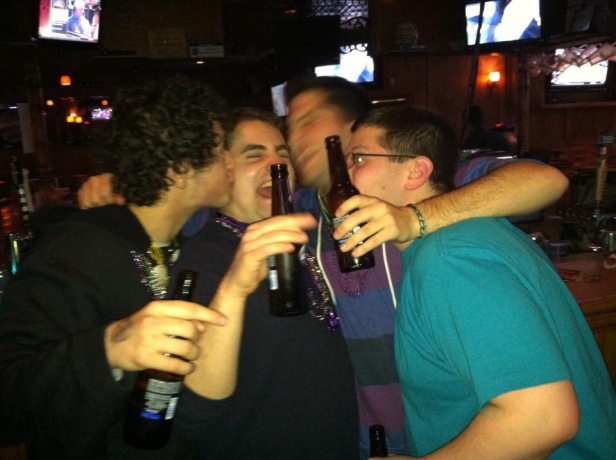 Anthony never really liked me. Perhaps in the early years of New Paltz he was more fond…but as time went on it was clear that he was often annoyed by my existence, in general.

Despite this knowledge, I still love Anthony wholeheartedly and wish him a tremendous and robust birthday-morning-erection. Anthony has had some IMPRESSIVE morning erections in his day (that we’ve all seen!) – I fully expect that his 30th year will be his largest year 🍆. Anthony sleeps on his back, which truly gives his morning hog the air it needs to expand to its maximum capacity. It’s just science.

Anthony is a man of honor. He’s ripped off more of his own clothes than any stripper ever has – even that stripper who banged Dan the night of his bachelor party! 🙊

Anthony’s charm can light up a room and his piano playing will make all the girls in a close proximity wet to the touch. He dances like no ones watching, he dinosaurs better than Jeff Goldblum, and his pubic Bush is better trimmed than Mikey’s man-perm.

Logan Crawford – Happy birthday to the only guy I know who is cooler than Seth Cohen.

Ryan Choumane – I hate you.

Maria Passanant – Happy Birthday Anthony! I will forever be thankful for that thoughtful bowl of Honey Nut Cheerios. Hope you have an amazing day. 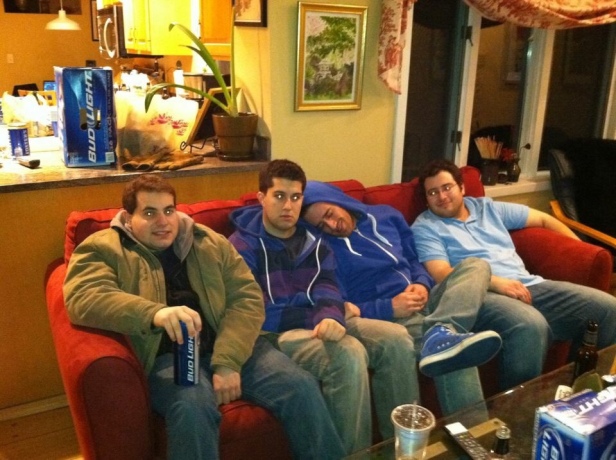 Aaron Bennett – Tony. You’re a gentleman AND a scholar. In the biz we call that a double threat. Keep up the good work. Happy birthday.

Great dick, better man. Anthony has blessed this earth now for 3 decades. I have had the pleasure of knowing this specimen of a human being for just one. I thank God (the real one, Ben) for every one of those days I have spent with such a great, great man that is Anthony. I wish the happiest of birthdays to you Anthony, you dirty dirty old man.

3 thoughts on “Happy Birthday To The One And Only Anthony Vecchiarello!”