The famous boy band who defined the 70’s disco era, had hundreds of hits (15 number 1 hits) with more well written songs they did not even perform. The Bee Gees was a powerhouse pop band that inspired many pop artists in the later years and even then some in today’s generation. The Jonas Brothers can be described as a modern-day version of them. However, I am not here to talk about how amazing they were throughout they’re successful career or to top with their greatest achievement of all, the Saturday Night Fever (Soundtrack) which spent six months at number one while selling 40 million copies. No I am here to talk about how hilarious they are and how they have become a session of burst out laughter and humor for my friends and I. I write this post not to derail their work in anyway but to highlight it by making fun of them. This is my way of paying tribute. Let’s get to it and stay alive shall we. 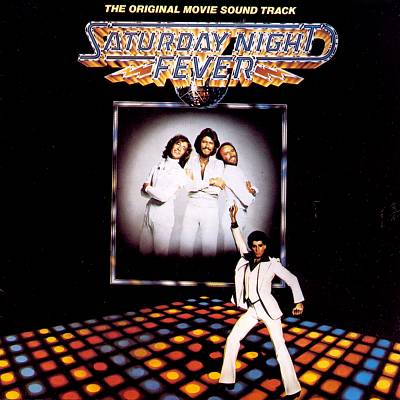 The Bee Gees are just so funny due to their consistent attempts of trying to get as high pitched in their vocals as inhumanly possible with each song. I mean when they were recording ‘Stayin’ Alive’, the music producer must have emphasized the importance of hitting the highest note. A friend of mine used to joke around with us pretending to be the music producer talking to the Bee Gees in the studio, “Barry I need this to be even higher. Give me more guys, I want the next recording to be as high as a kite.” If you were to listen to the brothers talking in past interviews, they would sound nothing like their music vocal counterparts. The three brothers Barry, Robin and Maurice Gibb all originated from Australia and surprisingly have deep voices. It is quite an achievement and almost unnecessary to sound as high as being suffocated by a balloon of helium. If you closely listen to how high they hit the notes, it’s on godly levels. That falsetto was what made them. How can three grown men even sing that high? I couldn’t even sing that high as a kid. They must have extremely trained vocals and made it their brand to having the highest voices in the music industry. In some of their softer songs they sing a bit deeper but still keep at that helium level of high pitch sound. It’s quite amazing and when Barry goes off with a higher solo I crack up. Come on, no one thought this was funny back in the 70’s? Let’s not forget that ridiculous decade where my parents thrived in disco clubs, dancing the night away at Studio 54, doing the hustle line and wearing all sorts of brownish polestar and giant thick Afros. While Bee Gee singles such as ‘Stayin’ Alive’, ‘Night Fever’, ‘Jive Talkin'” and ‘You Should Be Dancing’ echoed throughout drug induced clubs and light up dance floors, people felt free to dance in a line while others went off to be a star like John Travolta’s dance performances from Saturday Night Fever creating circles around them. Sweat and thick hairy chests were also prevalent during that era. Watch the video to their most famous single ‘Stayin’ Alive’ below. See exactly what I am talking about and laugh.

The late 70’s was an era when my parents and anyone in my generation of parents survived as young and crazy kids, doing things they would never allow us doing or failing to admit they were just as experimental and wild as we are. It was a decade of time that happened in which people try to forget or put it behind them. However, they cannot deny how silly it was. Some people claim it to be the best years of their life and they probably are right. For someone who was born until the end of the 80’s, the 70’s might as well just be as convenient to me as the Jurassic Period, when the dinosaurs roamed the Earth. As much as I can laugh at past Bee Gee 70’s music videos, I will never get the true feel of what it was like because I never existed during that time and am glad I did not. Unless I had a past life in the 70’s. Any drunkard or alcoholic will tell you that if you can’t remember it then it might as well never happened. The 70’s in my opinion was the pre-decade before modernization. The 80’s being the first real decade where pop culture had such a huge emphasis on the modern world with the introduction of computers and advanced technology.

The Bee Gees are golden gods in the music industry. There one of the few bands I can picture wearing a halo over their heads as they perform live for Jesus in heaven. The Bee Gee brother’s have suffered some unfortunate tragedies though. Their youngest brother Andy Gibb, who was never part of the trio but had a few hits by himself died at the young age of 30 in 1988 from myocarditis, an inflammation of the heart muscle after subsequent cocaine drug abuse. In January 2003, the next Gibb brother passed away, Maurice Gibb from sudden cardiac arrest just before undergoing surgery for a twisted intestine. After Maurice’s death, Barry and Robin Gibb were unable to go on recording or performing live. They both however recorded a session together in 2009 of their old singles, bringing back the jives of their golden age and peak of fame. In 2012, Maurice’s twin brother Robin Gibb died after a long battle of colon and liver cancer. The family is survived by leading Bee Gee member Barry Gibb and the sister who stayed out of the limelight Lesley Evans Gibb.

Jimmy Fallon and Justin Timberlake have been known throughout the years on SNL, Late Night with Jimmy Fallon and now The Tonight Show Starring Jimmy Fallon to have done hilarious Bee Gee skits intentionally poking fun at the Gibb’s constant use of loud screeching falsetto performances and inductions with each song recording.  ‘The Barry Gibb Talk Show’ covered all the unplanned comedic nuances in the Bee Gee universe. Besides tackling their extremely high pitched singing, Fallon also turned Barry into a hostile talk show host. One that randomly screams out a rude phrase in falsetto like turrets syndrome that threatens the guest to remove their hands and use them as boxing gloves. Timberlake plays Robin, the quiet brother who lacks a television personality as Fallon (Barry Gibb) continues to go off on tangents screaming, “I am Barry f**kin Gibb!” This pokes fun at Barry’s massive shadow which inevitably has cast over his brothers throughout the years.

Discussing further about the Bee Gee effect. “Stayin’ Alive’ and their other geared Disco songs are awesome. It makes me want to pounce around in tight jeans and dance as I walk down the street. I am a fan of Bee Gee music and admit to dancing to Saturday Night Fever (Soundtrack) several times on my stereo player during my middle school years. It’s a guilty pleasure and sometimes gives me the jitters of what the 70’s was like. A free roaming time that did not take itself too seriously. Unless they believed that long haired, bearded men in tight jeans with their hairy chests protruding from their jackets screaming like little choir girls was professionalism. Who knows? All I know is that when I try to sing in their similar falsetto I cannot hold on the note for too long because I then fall to the ground and burst out in laughter. Singing and screaming in such a high pitch is tough on the larynx. You’re likely to get a sour throat from doing that. I am surprised none of the Gibb brother’s had throat cancer. Their stamina in having an entire music career surrounding high pitched screams is astounding. The Bee Gees are one of the greatest musical artists of all time are also surprisingly one of the funniest to date. What makes them funnier is their unintentional likeness to be hilarious. They naturally are funny with their ridiculous rendition high pitched falsettos that will never be forgotten nor taken seriously ever again. So when you have free time, blast some Bee Gees, reintroduce yourself to the wild dance era, get down, jive with me and laugh it all off.